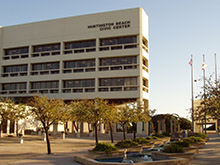 City Council Members are limited to two consecutive terms. The position of Mayor is filled by Council Members on a rotating basis. There are three elected department heads: the City Attorney, City Clerk and City Treasurer.


Solar panels are virtually maintenance free since the batteries require no water or other regular service and will last for years. Once solar panels are installed there are no recurring costs.  Learn more about solar.