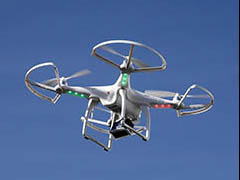 An unmanned aircraft system (UAS), sometimes called a drone, is an aircraft without a human pilot onboard.  Instead, the UAS is controlled from an operator on the ground.

When you fly a drone in the United States, it is your responsibility to understand and abide by the rules. The City of Huntington Beach strongly encourages all UAS operators to familiarize themselves with safe operation practices and regulations, whether local, county or FAA, regarding UAS operations, including prohibited “no-fly” areas, activities, and all actions which may be deemed a violation of personal privacy and interference with law enforcement actions.  This website serves as a public information portal for UAS related information and as the City’s opportunity to provide public education regarding local rules for drone usage.

Regulations
The City of Huntington Beach is working through a Drone Ordinance Working Group led by the Association of California Cities - Orange County to develop a model ordinance to be used as a basis for all Orange County cities. At this time, no specific City ordinance has been enacted.

UAS come in a variety of shapes and sizes and serve diverse purposes. Regardless of size, the responsibility to fly safely applies equally to manned and unmanned aircraft operations.

The recreational use of sUAS is the operation of an unmanned aircraft for personal interests and enjoyment. For example, using a sUAS to take photographs for your own personal use would be considered recreational; using the same device to take photographs or videos for compensation or sale to another individual would be considered a commercial operation and fall under a separate set of regulations. You should check with the FAA for further determination as to what constitutes commercial or other non-hobby, non-recreational sUAS operations.

Model Aircraft/Drones (Small UAS)
Under the Special Rule for Model Aircraft (https://www.faa.gov/uas/media/model_aircraft_spec_rule.pdf), recreational UAS must be operated in accordance with several requirements, including a community-based set of safety guidelines and within the programming of a nationwide community-based organization such as the Academy of Model Aeronautics (AMA) (http://www.modelaircraft.org/files/105.pdf). Operators not operating within the safety program of a community-based organization should follow the FAA’s guidance at Know Before You Fly.org.

Safety Guidelines and Local Regulations
The FAA has partnered with several industry associations to promote Know Before You Fly, a campaign to educate the public about using unmanned aircraft safely and responsibly. Individuals flying for hobby or recreation are strongly encouraged to follow safety guidelines, which include:

Civil or Commercial Flyers
The FAA requires you to have a 333 Exemption and the accompanying Certificate of Authorization (COA). Unless you have a specific COA that allows something different, some of the things you MUST do include:


Learn "hands on" about the HBPD by participating in the Citizens Academy.  Each session is 11 weeks long and is offered twice a year.  Learn about Patrol, Traffic, Vice, SWAT, K-9, Aero and more!  Apply here.