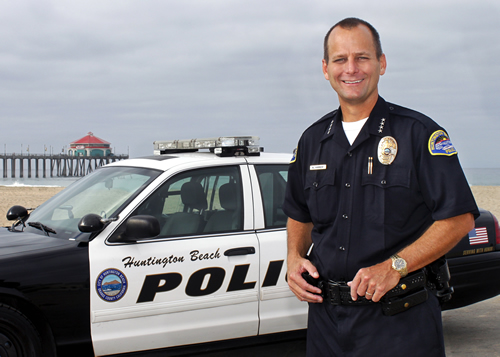 Chief Handy holds a Bachelor's Degree in Public Administration from the University of Arizona, a Master's Degree in Public Administration from Arizona State University, and is a graduate of the FBI National Academy. He was also an adjunct professor at Arizona State University for 13 years teaching and developing Criminal Justice classes. Chief Handy was heavily involved in community boards and organizations in Phoenix and San Bernardino. He and his wife Jennifer have two daughters.

Chief Handy can be contacted via email HERE.


Solar power is noise pollution free. It has no moving parts, and does not require any additional fuel, other than sunlight, to produce power.  Learn more about solar.