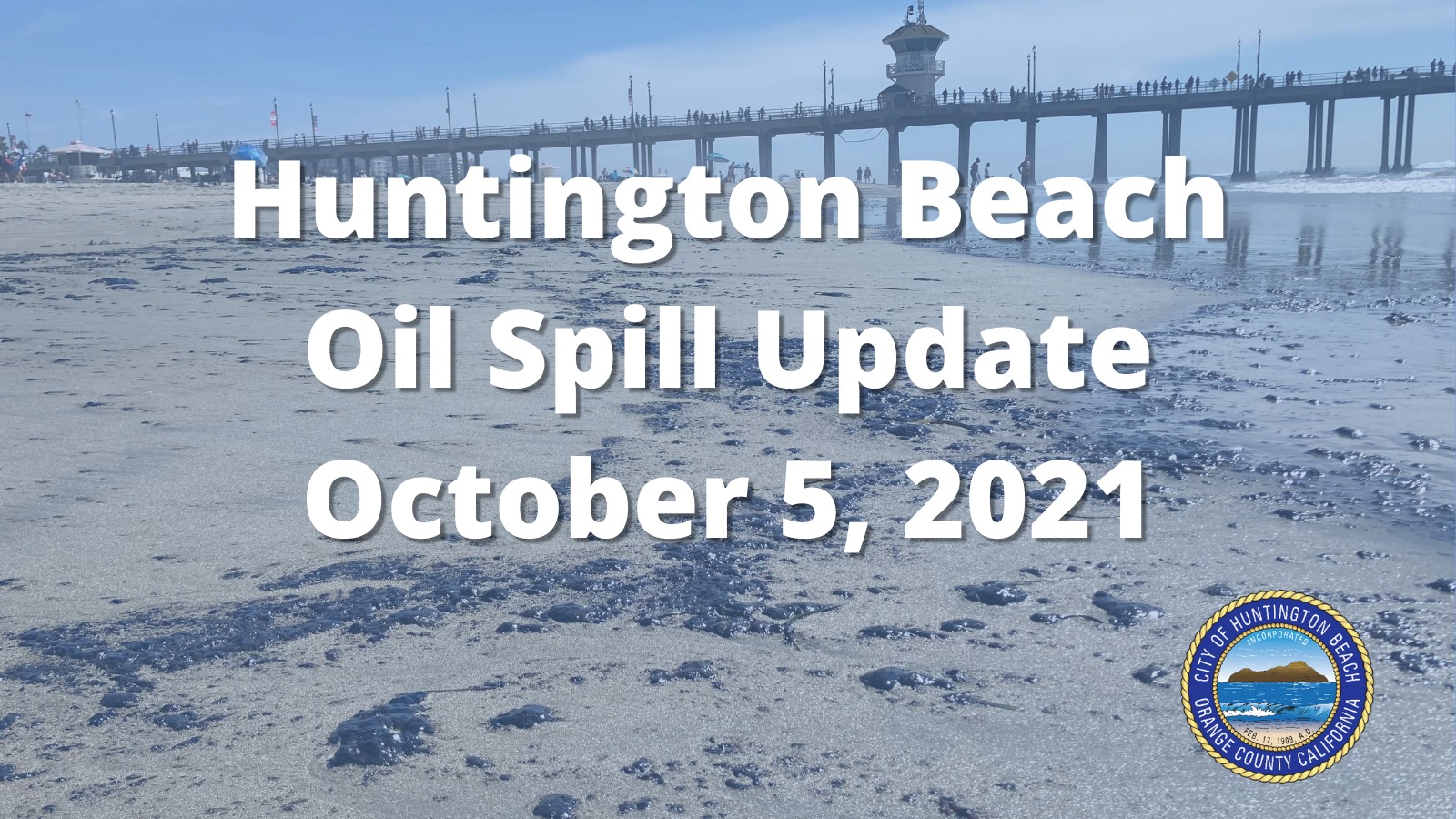 Here is the latest on ongoing oil spill mitigation & clean-up efforts:
- City staff is conducting twice-daily flights utilizing the police helicopter to monitor the oil off our shore. We are still seeing large quantities of oil off the coast of Huntington Beach and most of Orange County.
- The Unified Command revealed today that they have identified the source of the leak – a 13” lateral gash was found in the 16” concrete encased pipeline. The pipeline was also displaced by 105 feet.
- The City has launched a webpage containing the latest information regarding the Orange County oil spill. We will be posting daily update reports at that website location.
- Bolsa Chica State Beach has been closed due to oil washing onto the shore. The Huntington Beach shoreline from lifeguard tower line to water is closed between the Santa Ana River Jetty and Warner Avenue. Entering the water is prohibited.
- A total of 7 aircraft, 11 boats and 320 people are supporting the clean-up efforts along the Orange County coast at this time. Unified Command stated that they anticipate having 1,500 people supporting the clean-up efforts by the end of this week.
- Unified Command announced that approximately 4,788 gallons of oil has been recovered from the water and 11,360 feet of boom has been deployed.
- The Huntington Beach Fire Department continues to monitor the Bolsa Chica Ecological Reserve. At this time, there is no oil within the area.
- The Talbert Marsh is experiencing serious impacts due to the oil spill. Booms are still in place to keep additional oil out of the wetlands. Aerators will be installed to supplement oxygen due to the lack of water flow from the ocean.


Zoning Administrator meetings are held on the 1st and 3rd Wednesdays of each month. Meeting Agendas, Action Agendas, and Minutes are available to view online.