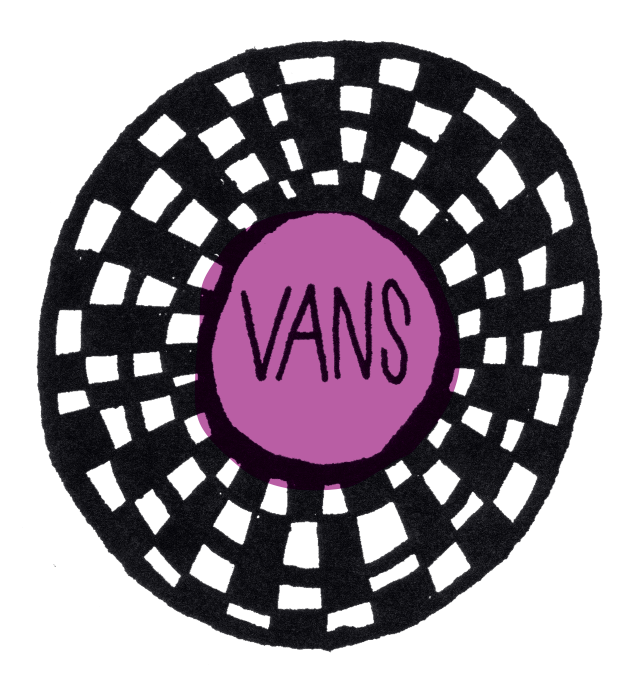 The 2019 Vans US Open of Surfing presented by Swatch returns to the southside of the Huntington Beach Pier to host some of the world’s top action sports talent in surfing, skateboarding and BMX competitions from July 27 through August 4, 2019. One of the largest action sports festivals in the world, the nine-day event also features a full calendar of engaging creative activities for the entire family to enjoy, including customization workshops, on-site surfboard shaping, public skate and BMX sessions, movie premieres, vendor exhibitions, giveaways and art installations. The entire event is free and open to the public. Visit VansUSOpenofSurfing.com for more information.

“The Vans US Open of Surfing presented by Swatch represents the very best of Vans' heritage by pushing cultural boundaries in action sports, encouraging collaboration and championing true individual creativity,” said Kristy Van Doren, Vans Senior Director, North America Brand Marketing. “We are thrilled to partner with the Huntington Beach community again this year to showcase and honor the evolution of surf culture and the talented personalities that have made it what it is today, in addition to bringing brand-new skate, BMX, and art platforms that will passionately engage athletes, artists, brands and most importantly, the fans.”

The 2019 surfing competitions will see some of the world's best female surfers contest for the first marquee World Surf League (WSL) women's Qualifying Series (QS) 10,000 since 2005 alongside the men's QS 10,000 with equal prize money. Both the men and women's Pro Junior events also return to showcase the next generation of competitors looking to claim the esteemed Vans US Open title. Fans of eclectic surf style and longboarding tradition will be treated to the Vans Joel Tudor Duct Tape Invitational series, which is set to bring back 32 of the best male and female loggers from across the globe for another classic exhibition of surf talent.

In addition, the men will battle for 10,000 points once more in the Huntington Beach arena. Hometown hero and returning champion Kanoa Igarashi will be joined by 111 competitors from around the world who will contest for invaluable qualification points that include current CT competitors such as California's own Kolohe Andino, Conner Coffin and last year's runner-up Griffin Colapinto. These Californians, along with current re-qualification threat Nat Young, will face international talents like Jack Robinson (AUS), Jorgann Couzinet (FRA), 2015 Vans US Open winner Hiroto Ohhara (JPN) and many more for the prestigious title.

Joining these world-class athletes will be the next generation of surfers vying for the Pro Junior titles that include back-to-back Hawaii sweeps after Barron Mamiya and Zoe McDougall earned victories in 2018 to maintain the island’s dominance in 2017. However, a determined mainland contingent is set to contest with the likes of Pinkerton, and current North America No. 1’s Caitlin Simmers (USA) and Kade Matson (USA) who are gearing up for a big back-half of the year as they prepare for the international talent coming to their home soil

Across the sand, Vans elevates the skateboarding experience at the US Open with a brand-new street skating contest, the Vans Showdown. The point-less street contest spotlights a new, premium street course design, and sets a new bar for skill and style by incorporating custom skate obstacles created by influential skate brands such as Baker, Hockey, Quasi and Toy Machine. Adding to the DIY skate element, Vans will, for the first time ever, host open to the public skate and BMX sessions for the community. In line with skate, BMX fans will also experience the brand-new Vans BMX Rebel Jam event, showcasing creative BMX street style and unique BMX obstacles.

With activities and workshops scheduled every day beginning July 27, including the community-driven youth surf competition, the Stoke-O-Rama, the Vans US Open will offer a plethora of live action summer entertainment, including surfboard shaping workshops, art installations, customization workshops, music lessons, movie premieres and much more. Stay tuned for the full schedule of events at VansUSOpenofSurfing.com.

Swatch returns to Huntington Beach for a second consecutive year as a presenting sponsor of the Vans US Open of Surfing.  Swatch will have a booth where surf enthusiasts and spectators are invited to hang out under beach umbrellas with friends, discover the Swatch Proteam’s favorite watches and check out this year’s local artist collaborations.  Inspired by aspects from the competition, Swatch also collaborates with Vans to launch a Special Edition watch available for purchase. Swatch supports Proteam athletes Courtney Conlogue, Coco Ho and Tia Blanco who will all be competing for the US Open titles.

IMG is a global leader in sports, fashion, events and media, operating in more than 30 countries. The company manages some of the world’s greatest sports figures and fashion icons; stages hundreds of live events and branded entertainment experiences annually; and is a leading independent producer and distributor of sports and entertainment media. IMG also specializes in sports training and league development, as well as marketing, media and licensing for brands, sports organizations and collegiate institutions. IMG is part of the Endeavor network.

The World Surf League (WSL) is dedicated to celebrating the world's best surfing on the world's best waves through a variety of best-in-class audience platforms. The WSL has been championing the world's best surfing since 1976, running in excess of 180 global events across the Men's and Women's Championship Tours, Big Wave Tour, Qualifying Series, and Junior and Longboard Championships. The League possesses a deep appreciation for the sport's rich heritage while promoting progression, innovation and performance at the highest levels, and in doing so crowns the undisputed world champions in Men’s, Women’s across all divisions within the tour. Headquartered in Santa Monica, California, the WSL is a truly global sports and media company with regional offices in Australia, Asia, Africa, North America, South America, and Europe.

Visit https://www.vansusopenofsurfing.com for all details and schedules


Since its inception in 2016, the Homeless Task Force has had more than 1,600 occasions to assist individuals with housing referrals, mental and physical health referrals, bus passes, DMV forms, gas cards, food, mailing addresses, and family reunifications