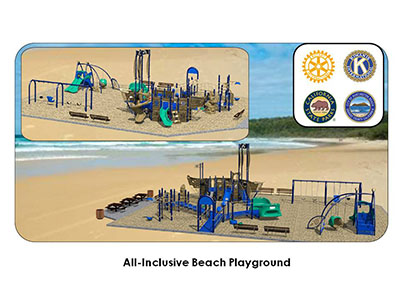 The idea of an accessible beach playground began in 2007. At that time, the Community Services Commission as well as City Council approved the concept and location for the playground with understanding that the project would begin once funding became available.

The playground will be accessed from existing asphalt pathways and the surfacing of the play area will be made with ADA approved rubberized surface to provide wheelchair access. Dave Bang & Associates designed the playground to accommodate the needs of people with all abilities. It exceeds the total number of accessible areas and ground elements to meet all inclusive playground standards, and provides a great opportunity for integrated play.


Working on your car and need to get rid of the used motor oil?  Protect the environment and dispose of it in the right way - for free! - by using one of these options.